SEPA SCT SDD: which payment transactions are these?

The European Payments Council (EPC) defines the specifications of the message types used in SEPA electronic payments. By ordinance of the European Parliament these become the legal basis for the member states. An important example of such a regulation for transfers and direct debits can be found here: REGULATION (EU) No. 260/2012 The retail payment system (EMZ) of the Bundesbank distinguishes between three types of message types: SCT, SDD and SCC. Up to 100,000 transactions can be sent in one file at the same time. The technical transmission of the file is confirmed, but individual transactions are not confirmed. Rather, unsuccessful transactions are returned in the appropriate format.

The SEPA Credit Transfer is by far the highest-volume procedure in the RPS. In 2019, transfers worth € 2,537 billion were processed. Transfers by corporate customers are usually sent to the house bank in PAIN format. The house bank in turn sends the payment to the Bundesbank as PACS.008. Every payment order can fail for different reasons. If there is a technical reason with the SEPA Clearer, the return is made as PACS.002. If the return is triggered by the recipient bank, this is done in message type PACS.004.

In most European countries, SDD is rarely or not at all used. Due to the historical development in Germany, the process is very popular in this country. Payments for rent, insurance or power supply are almost entirely made as SEPA SDD. Payments in e-commerce are also carried out by online retailers as SDD. In 2019, almost 2 billion direct debits with a value of € 791 billion were collected via the SEPA Clearer. There are three types of SEPA SDD:

The message type for SEPA SDD is PACS.003 and the message type for a return is either PACS.002 or PACS.004 as with SEPA SCT. A number of provisions apply to direct debits such as the regulation on the mandate, which entitles to return in the event of non-compliance. The receiving bank may charge a return fee.

The clearing for cards in the EMZ is primarily a girocard transaction in retail or a withdrawal at an ATM.

With almost 2 billion disposals in 2019, SEPA SCC is the most widely used procedure, although the lead over SEPA SDD is only small. The Girocard requires a PIN to be entered in order to be used. For cost reasons, the Girocard procedure is often bypassed and only the IBAN is read in the card terminal at the POS. The merchant then initiates a SEPA SDD transaction, i.e. although a card acts as a payment medium, the transaction is processed as a SDD. 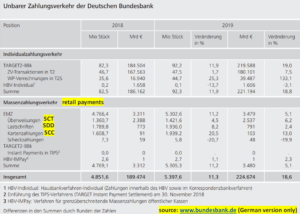 Statistics of German Bundesbank for electronic payments (in German)

Modern payment system such as CBPay handle the interbank payments automatically taking into account the cut-off times and the current BBk procedural rules. 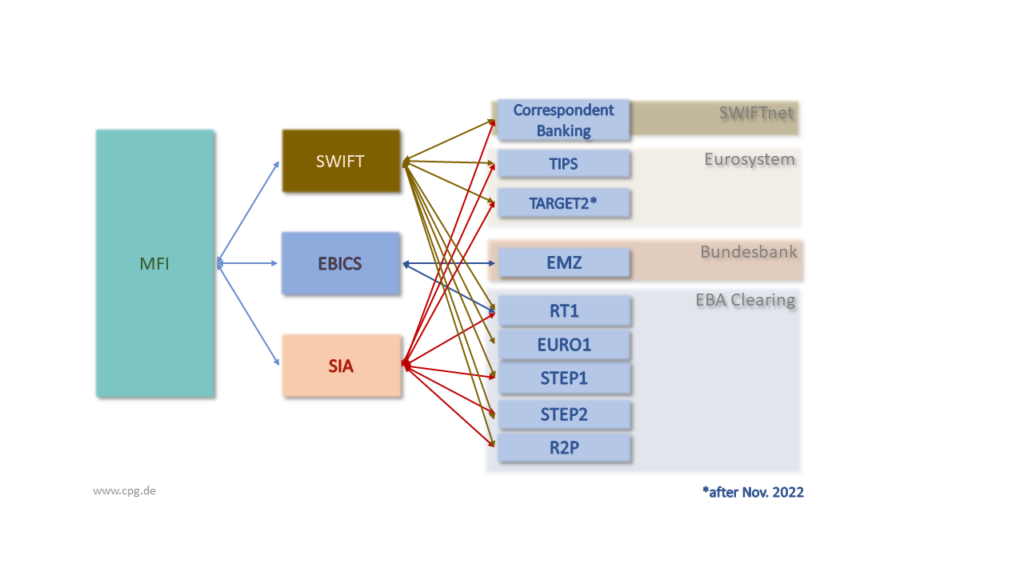 SEPA TARGET SWIFT Software – how is the interaction? 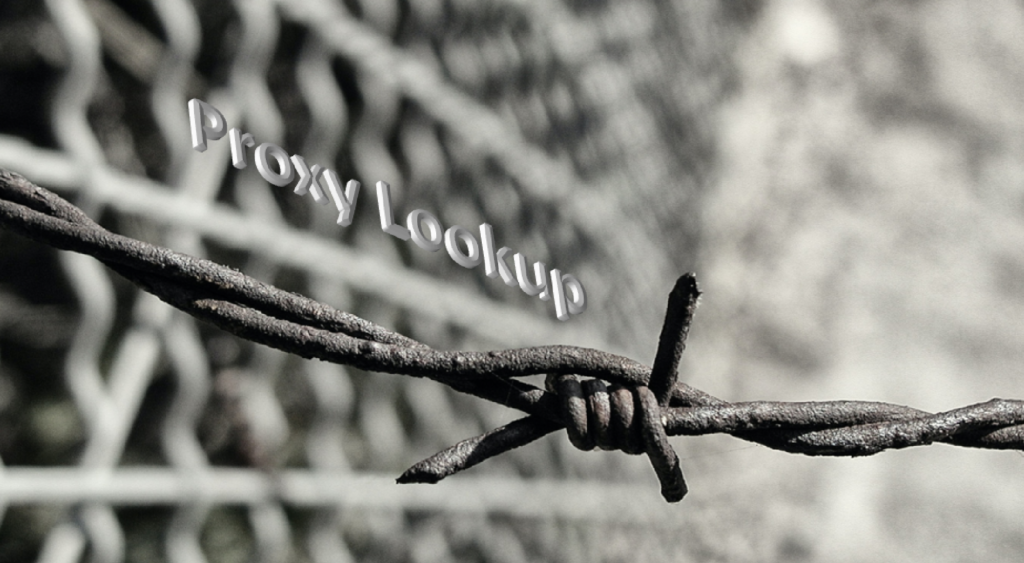 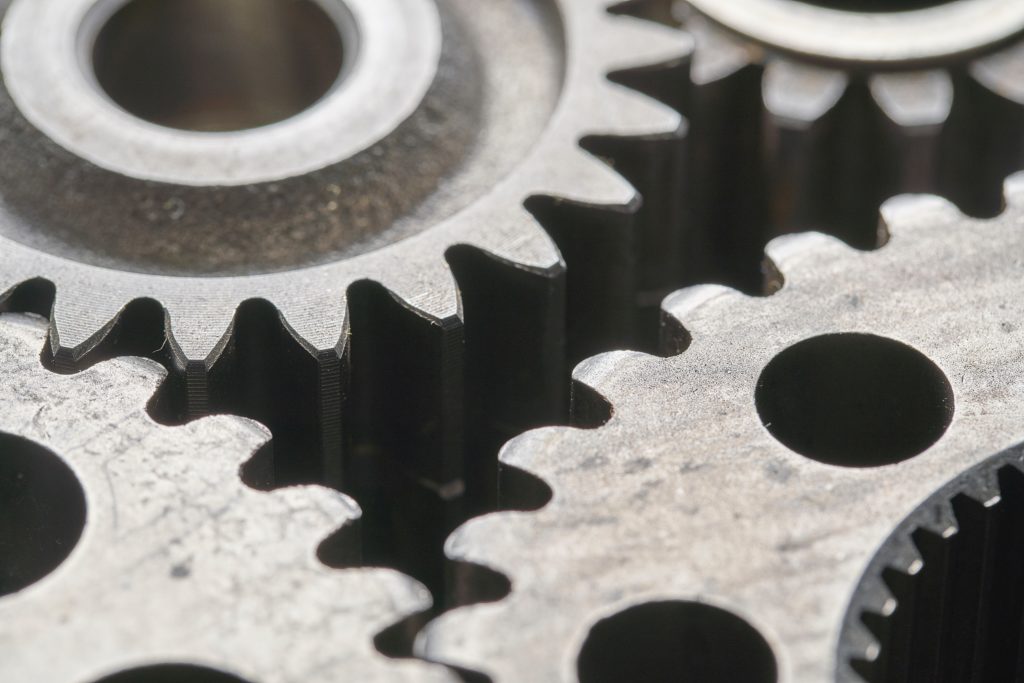