SEPA clearing – Statistics from the European Central Bank for 2020

The German Bundesbank published the European Central Bank’s payment statistics for 2020 in a press release on July 23, 2021. All transactions in SEPA clearing are included in this consideration.

All areas have grown 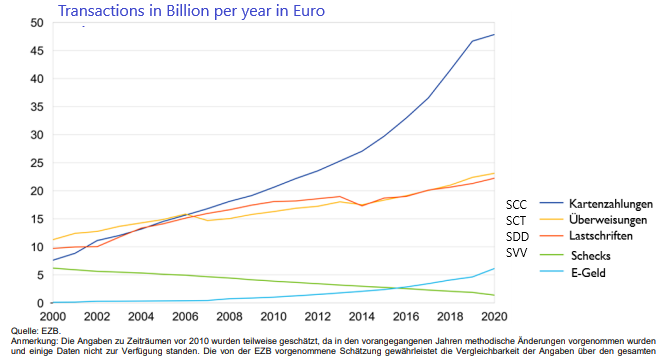 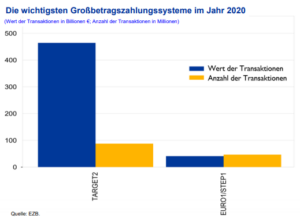 The majority of transactions in terms of number and value were submitted via the systems for urgent transactions or large amounts (EBA clearing: EURO1, STEP1; Eurosystem: TARGET2). The average transaction amount was € 2,362, with the TARGET2 system again showing a significantly higher average value (see graphic).
This enormous difference can be explained by the different pricing models of the platforms. Participants in EBA clearing have a smaller price difference between the transaction types, while the difference is higher in the Eurosystem. 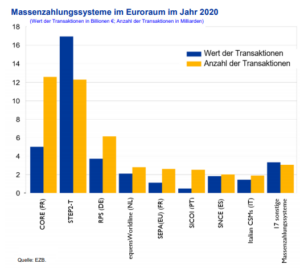 The 25 SEPA clearing systems for retail payments have processed around 46 billion transactions with a value of around € 36.0 trillion, i.e. an average of around € 783 per transaction.
Again, a look at the graphic shows differences in the average amounts. A comparison of the purely nationally usable systems in France and Germany (SEPA clearer / EMZ) suggests the higher proportion of cash in Germany, provided that the proportion of the international STEP2 system is classified as neutral.

It is worth mentioning that not all countries support all payment methods. E.g. in Estonia, Malta, Cyprus and Finland there are no direct debits (SDD), while in Germany the share is 44%.
SEPA payment transactions are therefore anything but homogeneous per country and per platform.

How consistent is SEPA 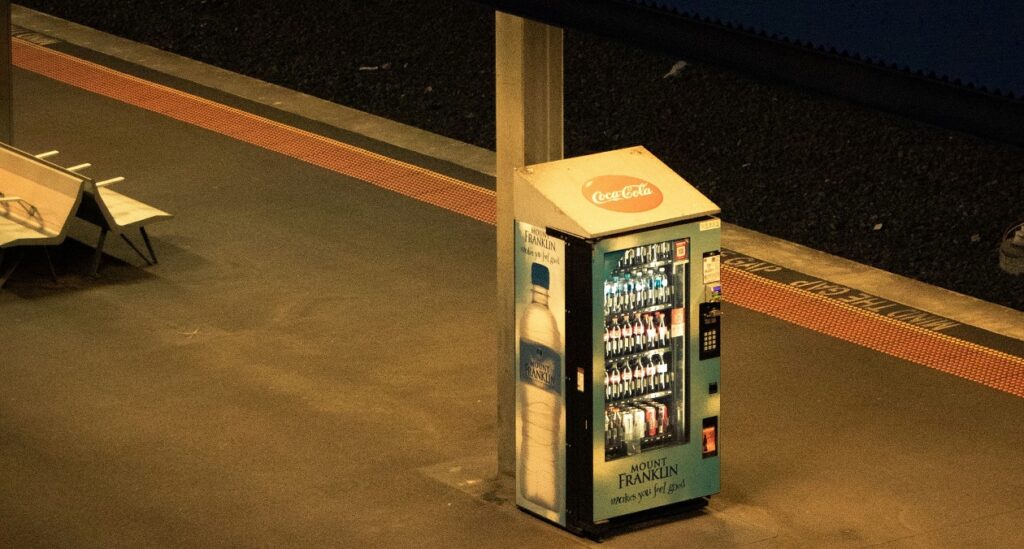 Why vending machines are so expensive and why that will change 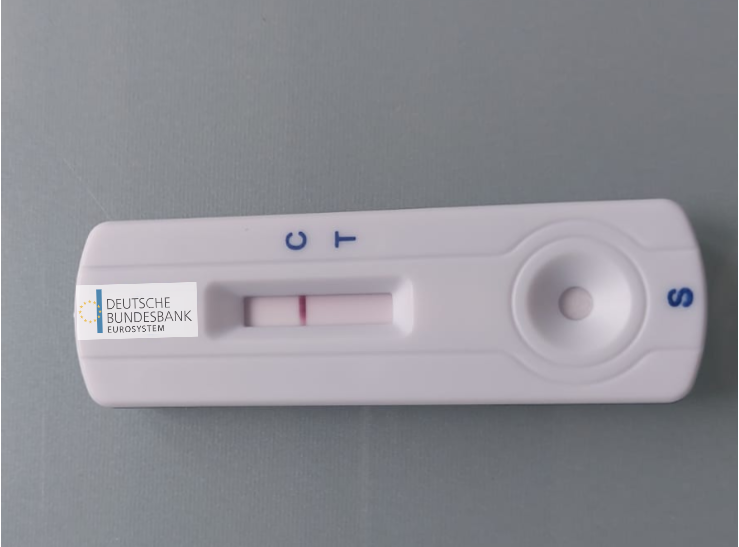